Is There a Secret To Success?

Is there a Secret of Success or is success a series of choices that lead you where you want to go?

There are only simple rules that for some reason people have a hard time following.  Because they don’t follow the rules they like to believe the rules are “secrets”.  So I’ll call them “secrets of success” for this article.  A country music line that goes something like “Everybody wants to get paid but nobody wants to do the work” says it all.

The secrets of success are the things that successful people did to get there that you can’t see.  Chances are good you never saw Garth Brooks learning his first cords, or singing in the mirror or building the persona that is the Garth Brooks we all know.  Garth Brooks didn’t become the best selling artist by waking up late one morning, walking into the Ryman (aka the Grand Ol Opry) and saying “Put me on stage”.  He spent years learning the guitar while his buddies were out running around.  Years perfecting his craft.  While they were doing other things.

Learning on the Road

During my travels I was lucky enough to see Johny Lang and Keith Urban.  I say lucky because I saw them both before they had record deals.  In Fresno California, I wandered into a Johnny Cash Concert.  I knew the name, didn’t know the music, the stands were empty and I still became an instant fan.  At that time his career had “faded” as they say.  Years later, a new album and the remake of “Hurt”, a Rock song by Nine Inch Nails and Johnny was back.

I remember sitting there when Keith Urban announced that he just landed a deal.  The energy in the room doubled.  We all realized we saw someone before they were “someone”.  I saw someone in the early phases of their treacherous climb to stardom.  Some of us knew the hard work was just beginning.

The First Secret of Success – Location.

In life, we have a big choice to make if we want to be successful.  We can either

The point is for certain careers, you need to be in the right place.  If you want to stay in your home town, you have to figure out what everyone in that town wants or needs.  In very small towns, owning a popular business, or lots of real estate will normally move you to the top of the food chain.

One of my favorite stories is about my first job.  The owner saw a need in the small town, that he could duplicate in other small towns.  What started out as his little pizza parlor ended up being his test bed for a national franchise.  You won’t see one in a big city though.  Suburbia and cities have a different problem and don’t like his kind of place as much.

So if you know who you are and what you want to do, you need to move to the place that will give you the best shot at success.  If you want to stay put and grow roots, figure out what problem the people have and solve it before someone else does.

The most successful people in business, think like investors.  This is the toughest form of team building there is.  You have the least amount of control.  Great investors have a vision and guide their team in a way that gives them the most benefit.  They think about an end game that they aren’t in.  Many artists go on to be producers and build teams of other artists.  Even artists must paint, sing, photograph or act something the audience wants to pay for.

I know dozens of people with great ideas, but they can’t get people on board so the idea fizzles.   There is a saying in the writing world, if you think it long enough and don’t do something about it, it goes into the ether and Woody Allen will write it it for you and he’ll get paid, not you.

There is some truth to that.  All ideas are really just recognizing a problem and a solution before someone else.  Building the “thing” from that idea is the execution.  Nobody sends QVC money for the ideas.  People shake their wallets to buy great products that solve problems even if the problem is “my neck is not pretty so I need a shiny rock to distract people”.

Garth Brooks is no different.  If he didn’t have a team of musicians, lighting techs, grips, stage hands and producers he wouldn’t be the showman that he is.  So he is getting his team to help him be the best.  He isn’t up there by himself anymore than I could run a fast food restaurant by myself.  Even food trucks normally have at least two people.

I have changed paths several times.  Each time one degree away from the previous.  Never in my life have I done a complete reboot.  I think of a reboot like going from the tech guy to the outdoor survival guy.  Something totally different.  Each new business I started, had elements of the last one.  This way I wasn’t relearning everything every time.  Each time I got better at building teams.  The reason I changed gears, was mostly because I was trying to build a business for that market.

In each case, I can’t say I nailed it, and that is why I ended up changing direction a degree or two at a time.  Adapting to the market is part of business success.  Adapting to your audience is a huge part of an entertainers success.  Learning to adapt to market changes and completion will keep you alive long after the others have moved on.

Once I missed the mark completely.  I moved to an area that didn’t have a decent home audio video store.  So I spent a stupid amount of money, built the store and figured out the people in the area didn’t care a zip about Home Theater and great stereo sound.  I share this so if you ever see me speaking on stage you don’t have to call me out for it, I’ll do it myself.  I’ve had my failures, dusted myself off and kept going.  If I can do it you can too. 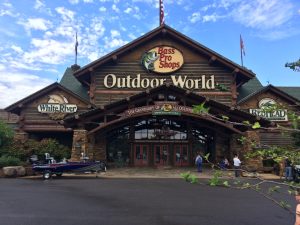 This is not how it started!

There are lists of companies that faded from glory because they didn’t adapt to the market or attempted to adapt way too late.  There are others that completely revamp themselves into a new business and adapt.

Only a handful of companies that constantly adapt.  They make us crazy like when Apple started to focus on iPhones and not computers and then changed the iPhone so we had to buy all new adapters, cables and other stuff.  Apple is a great example of a company that is always adapting.  You don’t really notice it, because it is always changing.

The Fourth Secret of Success

The first secret is so simple and yet here in the US, we have a very hard time with it.  We all have a little cowboy in us that fights to stay independent of everyone.  We have internalized the “I can do it” mentality to the point we can’t.  It is part of the “american way”.

Anytime that I found myself in trouble in my business, it was simply one of two things.  I wasn’t charging enough, or I was trying to do things myself.  It doesn’t matter what you do, nobody can do it all on their own and achieve what we call “success”.  Now if your idea of success is living alone in a tent in the jungle, then ok, have at it.  The real truth is you can’t do it yourself.

If your idea of success is to have nicer things, the money to do things for other people, travel, maybe have a little celebrity to stroke your ego, you need a team.  The bible wouldn’t mention greed and vanity as deadly sins if we all didn’t have a little need for them inside of us.  Being recognized like Norm in Cheers awakens a little bit of us, and I think is a good thing.  With any success, people will know who you are.  Making that “big deal” might look greedy to some, but having money allows you to do more for others.

The Price of Success

There is the downside too.  Resentment.  Some people will resent your success.  Just this week someone left a note on my front door.  It was hand written and all it said was “Little Rich?”  I wish I could say “Yes I am, I have had great people work for me and many have moved on to bigger and better things”.  Money aside, the best thing you can do is help other people grow.

The real secret to success is that success is a choice.  You choose to do it, or you don’t.