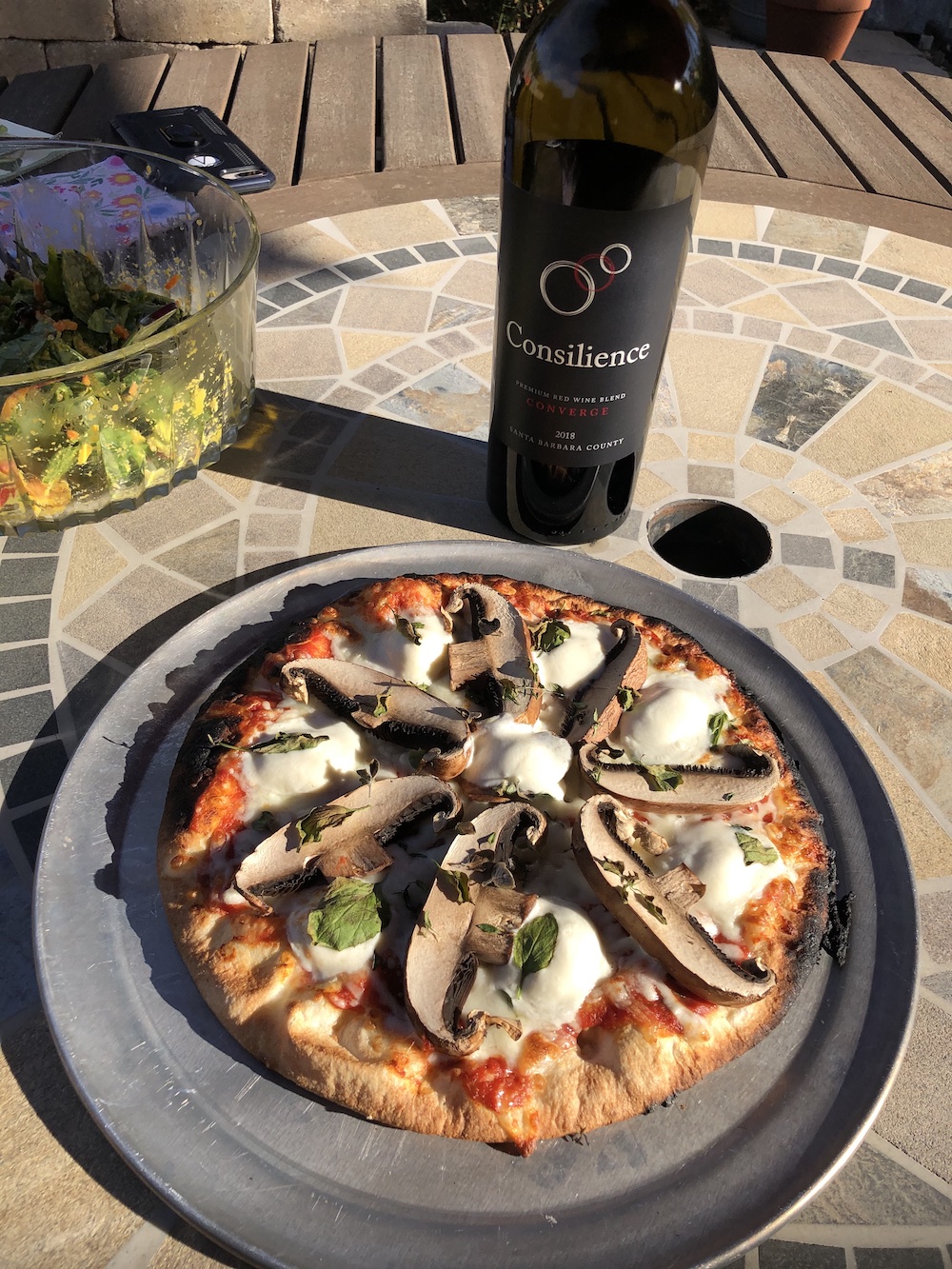 Can you really have a Pizza Problem?

For those of you that know me, you know I am a bit intense. I think my wife is getting worried that I have a pizza problem. Like most things I do, I’ll dabble first and see if I like it, then I’ll press on or go find something else to do. Some might say I have a little bit of attention deficit disorder to boot. I disagree, it just means that I find some things boring, and other things engaging. Sometimes I know what I don’t like very quickly, like watching anything.

Sitting around doesn’t work for me either. I have done the work, and I know exactly why I don’t like sitting around and watching things. As a young boy if my parents caught me in the house during the day, the belt came off. It was seldom used if ever, but the threat felt real. I know this is why I need to be at work or outside doing something. Surfing is my normal first choice, but I have been known to fly jets, race cars and do other things most people only dream of or watch on TV.

I have been fired twice in my life. Once was from a major retailer. I hated the job and was just too chicken to quit. They did both of us a favor letting me go. The other was my first “real” job. I got hired at “Danny’s Pizza”. The place that started the “Pizza Factory” chain. I liked it there, my friends and neighbors worked there, but for some reason I was terrible. Danny didn’t actually fire me, he just didn’t have any hours for me on the schedule for three weeks in a row. It was a kick in the butt I needed.

I stayed friendly with Danny and his family, and still chat with them from time to time. They are great people that were starving while starting a small business and they didn’t have the time or the funds to waste training me. I totally get it. I sucked at making pizza. For whatever reason I just didn’t get it. The problem was I really liked pizza and watching Danny grow the business was a great lesson for anyone that wants to succeed.

One little shop in a small town has turned into a small empire. It took a lot of hard work and sacrifice. I know those are bad words in todays world, but those are the facts.

Among all of the things I do here at the Bourquin Group, I do stay in close contact with several clients. One was a pizza shop. They went from almost bankrupt to selling at a very nice profit in under 36 months. I was glad to be a part of that transformation. That client also reminded me that I had never learned to make pizza.

It began as a test to find a good gluten free crust. I made dozens of pizzas. Mastering the gluten free crust was a challenge but not near as fun as tossing a pizza the right way. While traveling Europe a few years back I started eating gluten again. Just not glyphosate tainted US gluten. I had no issues with it and learned I may have a minor glyphosate intolerance.

I found organic wheat, grown in Italy and started learning to make pizza. It took almost two years of making pizza every Friday to finally perfect the dough. Another three to six months was spent learning to toss the dough and stretch it properly.

Once I had that down to a science, the real journey began, learning how to make a proper Italian “Margherita” Pizza and a proper French Marseille style pizza. Both claim to be the birthplace of Pizza. I learned from the food trucks in Marseille and the masters in Naples that scissors work better than a wheel.

I then started down the gourmet path. In the back of my head I wanted to own a Pizza place. I don’t want to be Pizza Factory, Danny does a great job and I still like eating there. So for the past year I have been working on the idea for Three Blades Pizza. Creating the pies, crafting the cocktails and creating an operations manual. Soon I hope to add gourmet pizza restaurants to our portfolio. I just hope my wife doesn’t divorce me or quit eating pizza first.