Over the last weekend I was down in Houston at Gator-O-Rama.  Gator-O-Rama is the Fall Race in Houston for the 24 Hours Of LeMons series.  This is one of the most cost effective ways to race a car.  The idea is that you take a $500 junk car, add some blood, sweat and tears and go racing.  The only place you can’t skimp on money is the safety gear.

The weekend started out with a computer glitch at the airline causing me to miss the first flight and making me nearly five hours later than planned.  Starting to sound like getting ready for a grand opening yet?

Friday morning we headed to the track and started testing the car to make sure it survived a year of sitting in a barn in South Texas.  So far so good.  The car passed tech and we thought we were ready to race.  A little like getting your final sign off to open for the city.  The grand opening would be just 16 hours away.

Then we decided to test a little more and the transmission failed at 5 pm Friday.  Good news!  We had a spare, or so we thought.  At 6 pm when the spare arrived it sounded like a piggy bank.  All kinds of things were rattling around in there.  So there we were, 14 hours from the starting line, and no transmission.

Panic set in, there was some discussion of throwing in the towel.   Eventually it was decided we could try and get another transmission in the morning from a junk yard and hope it works.  We would delay our grand opening until the new parts arrived.  In a race, that is like delaying your grand opening a month while still paying rent, utilities and payroll.

Eventually I convinced our crew chief to rip apart both transmissions and see if we could build one that worked.  He had never done it but didn’t have anything else to do so we started hammering and pounding to get the transmissions apart.

Eventually we did get them open, and built one out of the parts that weren’t already broken and we didn’t break in the process of opening them up.  We only had there screwdrivers, a ratchet set and a hammer.  Luckily the local auto parts shop was still open so we could buy new gear oil and silicone to make gaskets.

At 11pm the transmission was in, and we started the car.  Four of the five gears appeared to work while the car was off the ground.  We decided to go ahead and start.  A grand opening with no idea what would happen.

For the next two days, we ran the car, starting in 55th position and ending in 7th.  Not a bad showing.  The success wasn’t because of any one incident or event, but rather a series of events and a team effort that never stopped.  We backed off to look at the situation more than once and yet we never gave up.

Every two hours we changed drivers.  Management shift change if you will.  Each driver would only have about one minute to tell the next driver how the car was doing and what was happening on the track.  Rain, wrecks, oil spills and mud on the track all change the dynamics of the car.

Each driver worked in every position, fueler, tire man and guide man.  Each driver (manager) knew the entire operation.

A race over a weekend means there is also a need for food and drink for the drivers to keep them going all day on the track and several hours after to get the car ready for the next day.  Much like the night shift cleaning and restocking the store.

One interesting note is that with five drivers, there are only four positions needed at each driver change, giving one driver a break for a short while, like a vacation.  When the car is in the pit’s getting refueled, it is like a mini weekend.  Overnight as it get’s a once over, think of that like a spa week for the management and a overhaul and update for the store.

What race is your business in?  Are you taking enough pit stops?  Are you doing your overnight maintenance?  Step back and see how your doing. 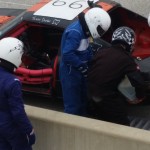 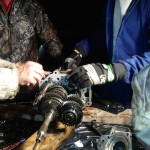