Consumer Economy, Can it Survive?

We live in a consumer economy, but can it last?  Recently I had the pleasure of a three day visit with Tony Zarkedes who attempted to unseat one of California’s few long standing republican representatives, Dana Rohrabacher.  Tony Z believed that creating wealthier consumers meant a better economy.

Two of Tony Z’s positions were based on raising the minimum wage and making college free.  He had an interesting chart that looked very much like the congressional pay scale showing how college tuition was on the rise.  He claimed that student debt was killing our consumer economy.

Understanding how 8% of all college students not paying their loans was a sudden disaster for the “consumer economy” was difficult to grasp.  Take into account that according the NCHEMS, only 61% of California High School Graduates attend college, that means we are really talking about less that 5% of all Californias.  This 5% were creating a “disaster” for the economy according to Tony Z.

How was this was a reason to raise property taxes and income taxes so that college could be free.  Where there colleges that were struggling to fill seats?  Were 5% of all California high school graduates that big of a drag on our consumer economy?  But wait, when you consider only 80% of Californians even graduate high school that drops the number to under 4%.

The last time I tried to take a class at the local community college, I was number 84 on the waiting list.  Obviously I never took the class.  Colleges do not have a problem filling seats.  So do the 4% of Californians that don’t pay their college loan bills rate as a front running national problem that should be a congressional platform?

The next point on Tony Z’s platform was that minimum wage needed to be raised.  Tony Z believes that raising the minimum wage gives people more money to spend in the consumer economy.  In the consumer economy you need people with jobs to create consumers the last time I checked.  Henry Ford said something like “You need to make sure you pay them enough to buy a model T.”  I believe Henry Ford built the middle class, Tony Z believes that FDR built the middle class.

Each time minimum wage goes up, unemployment goes up.  The two go hand in hand.  Yes those that keep their jobs make more, but the ones that lose their jobs cost the rest more than the pay raise.  The result is a net loss for everyone except the politicians who feel good saying they raised the minimum wage.

If you don’t believe me, go to a McDonalds in California.  You can’t have that many items on the $1 menu and pay minimum wage as it is.  Cashiers are being replaced by 50″ touch screens and you are encouraged to pay with a credit card, eliminating the need for a manager they can trust with cash.  Do you want $1 hamburgers or people with jobs?

On the flip side, In-n-Out burger, where a burger is about $1.50, still uses fresh food every day and doesn’t (yet) have a single self serve kiosk.  They do this while offering wages significantly over the minimum wage for starting employees.  The free market has decided that 30% more expensive burgers are clearly worth it.

This isn’t just a minimum wage problem.  Lets look at the top of the blue collar pay scale, cargo pilots.  FedEx and UPS pilots are among the top paid blue collar union workers in the country.  Arguably the highest paid are the best supporters of the consumer economy model.  Jeff Bezos at Amazon wants to replace them with drones at Prime Air along with every other employee he can.

A FedEx pilot recently told me that “Fred (CEO/Founder FedEx) will replace me with a computer as soon as he can”.  The FAA re-authorization bill in front of congress right now has a paragraph dedicating funds to study “single pilot cargo operations”.  This means that if the “study” is positive, 50% of all those coveted cargo pilot jobs could be eliminated in one stroke of the pen. 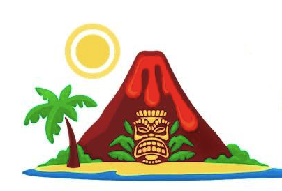 Today the US consumes more of the worlds products and resources than any other country, but how long can it last.  The US economy has to give up something to get other people to give us their stuff.  At some point we will run out of that magic “something” don’t you think?

At the Bourquin Group and our companies we want to help you produce and keep people employed doing it.  Yes we have marketing automation tools, but we still believe there is no replacement for people.  The instant gratification of getting something within 30 minutes will soon be destroyed by the annoying buzz and invasion of your personal space by the drones that delivered it because the person who used to deliver it got a minimum wage raise.

For more information about how to grow your business give us a call at 949-272-0611 today or sign up for our newsletter.